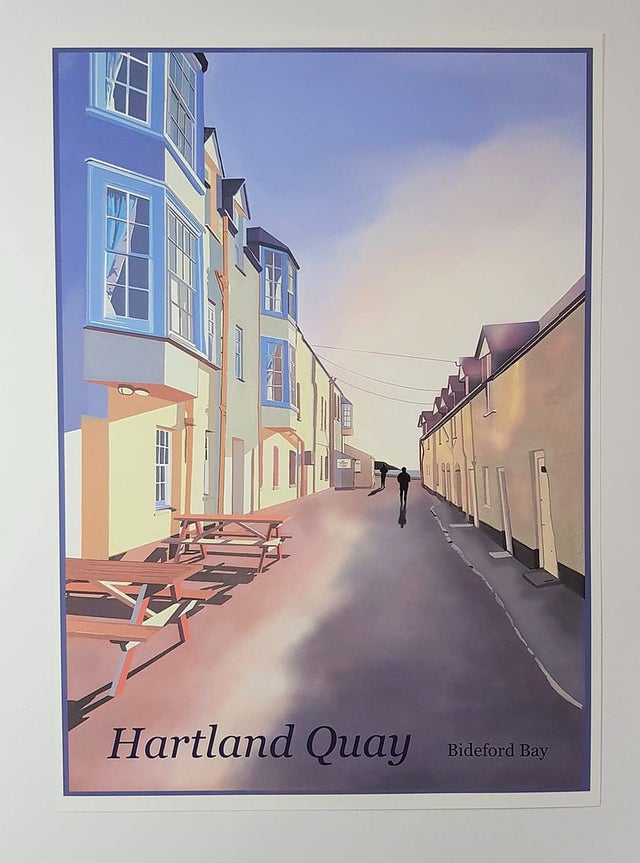 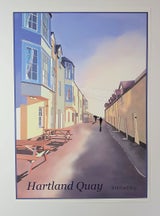 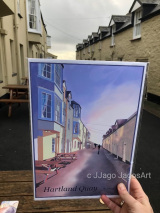 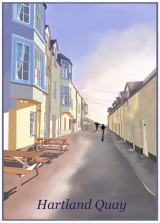 This is a print of an illustration Justine drew from her own photograph of another gorgeous location in North Devon.

'Hartland Quay dates back to 1586 when it was commissioned by a parliamentary bill which in turn was sponsored by the likes of Sir Francis Drake and Sir Walter Raleigh. It became a busy port with ships transporting coal, granite and farm produce. However, by the end of the 19th century this was no longer the case, the pier began to be destroyed by storms and because of the introduction of the railway, work maintaining the pier was stopped. The pier is no longer there today but alas this place is well worth a visit. The views of the coastline are breathtaking.'

'The buildings in the picture include the Hartland Quay Hotel and the Wreckers Retreat Bar. Back in the day the buildings would have been a malthouse, stables and workers cottages.'

All prints are signed by the artist and printed using Archival Matte Paper which is acid free.

Due to the fact that monitors often display colour, contrast and brightness differently, the print may appear slightly different to how it looks on your monitor.